The ten-year Destination Development Strategies for this region were formed through an iterative, consultative, and collaborative process which started in 2016. This region includes three primary planning areas which are Haida Gwaii, Northwestern BC and Northeastern BC.  This region is inclusive of Haida Gwaii in the west, Prince George in the south, and Dawson Creek and the border with Alberta in the east and goes up to the border of the Yukon and the US.  The region includes over forty First Nations.

Tourism into this region of the province is strong during the peak summer months with Prince George, Smithers, Haida Gwaii, and Stewart.  The key activities driving visitation are focused on outdoor adventure and Indigenous experiences.  Those include heli-skiing, recreational sport fishing, and other outdoor opportunities.  Notable highlights of this region include a UNESCO Global Geopark, BC Parks, and National Parks.

Haida Gwaii
Northeastern BC
Northwestern BC 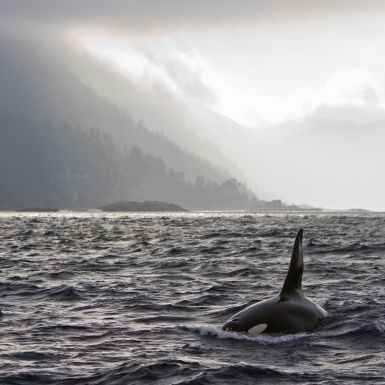 The planning area is located approximately 130 km off the BC coast and 640 km north of Vancouver and is accessible by air and sea. The closest mainland transportation access is from Prince Rupert via BC Ferries.  Haida Gwaii encompasses over 200 islands, totaling 3750 square miles, or 1,000,000 hectares with two developed islands.

The area is currently in the initial stages of their Destination Development Strategy planning.  We are working with our partners in Haida Gwaii to create a dynamic strategy that will lead to implementation. 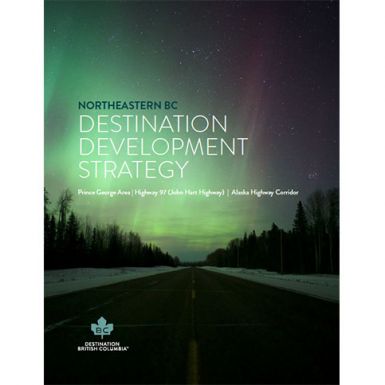 The planning area spans from the northern tip of the BC portion of the Alaska Highway (Highway 97) to the Yukon-BC border, south to Prince George and from the western edge of the Muskwa Kechika Management area and east to the Alberta border.

The area has concluded their Destination Development Strategy and are working on implementation. A few of the key themes of this strategy focus on transportation infrastructure and hospitality staff development. 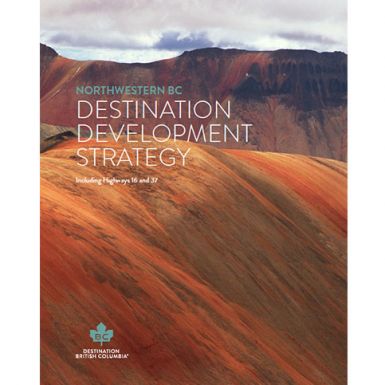 The planning area spans from Tatshenshini-Alsek Park at the Alaska-Yukon-BC border south to the start of Highway 37 and west from Prince Rupert to the area east of Valemount.

The area has concluded their Destination Development Strategy and are working on implementation. A few key themes of this strategy focus on transportation infrastructure and environmental integrity.

From Victoria in the southwest to Cape Scott at the northern tip, explore 460 kilometres of land.
Learn More

To find out more about the destination development program or to determine the best way for you to participate, contact Northern British Columbia at info@nbctourism.com.

Subscribe for the latest news and program updates from Destination BC

Receive updates, research and news you can use.