Destination BC Welcomes New Board Member

Destination BC is pleased to welcome Annita McPhee to our Board of Directors. 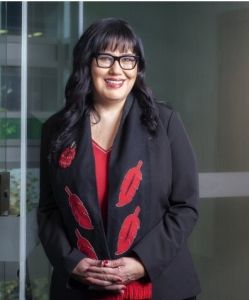 Annita McPhee is from the Tahltan Tlingit First Nations located in Northwestern British Columbia. As the former three-term President of the Tahltan Central Government, Annita served three terms as the President of the Tahltan Central Council, and is the recipient of numerous awards for her vision and leadership. Annita was instrumental in the fight to save the Sacred Headwaters in Tahltan Territory, and was honoured with the The Leadership Award from Ecotrust for her work.

Annita has served as an Advisor and Director on several national and provincial boards including the Legal Services Society, Prospector’s Developers Association Canada, BC Hydro’s Strategic Aboriginal Engagement Committee and the Minister of Aboriginal Relations Advisory Council on Aboriginal Women and the BC First Nations Justice Council.

The recipient of many prestigious awards, Annita has been honoured with the Indigenous National Native Role Model in 2000 for her passion and commitment to community, service and Aboriginal youth.  Annita founded Annita Mcphee Strategies in 2015 quickly establishing the organization as a leading conference provider and community facilitator for First Nations, Indigenous women, industry, and governmental bodies.

Annita holds a Bachelor of Law and a Bachelor of Social Work from the University of Victoria. She also specialized in Public Relations and Communications at the British Columbia Institute of Technology. To strengthen her work with prevention of violence against Indigenous women, Annita recently earned her diploma from Columbia University in International Human Rights and Advocacy with the United Nations Indigenous Women’s Global Leadership School in New York.

The entire Destination BC team welcomes Annita and expresses gratitude for her support for our organization and BC’s tourism industry. Learn more about Destination BC’s Board of Directors here: https://www.destinationbc.ca/who-we-are/board-of-directors/